Secrets of Moon at Nine Blog Tour and Giveaway(s)

Posted on May 6, 2014 by amitha
I’m excited to be a part of the Moon at Nine blog tour (see my review)!  At the bottom you will find not one, but two separate giveaways: one giveaway exclusive to Monkey Poop, and one grand prize giveaway.

Welcome to Day 7 of the SECRETS OF MOON AT NINE BLOG TOUR, featuring Moon at Nine – a timely new YA novel from humanitarian and award-winning author Deborah Ellis. Each stop on the 2-week tour will feature revealing posts, a chance to win a copy of the novel, and a chance to enter the grand prize giveaway!
Secrets of a Demon Hunter

In yesterday’s post, Deborah Ellis talked a little about the demon-hunting story that Farrin writes in Moon at Nine. Today, we have some illustrations of those demons drawn by the real “Farrin” — the woman whose story inspired Moon at Nine.Some of these are (slightly abstract) demons; some of them are representations of Farrin in difficult situations or being haunted by memories. They represent a blend of the demon metaphor and the actual ‘demons’ Farrin faced. 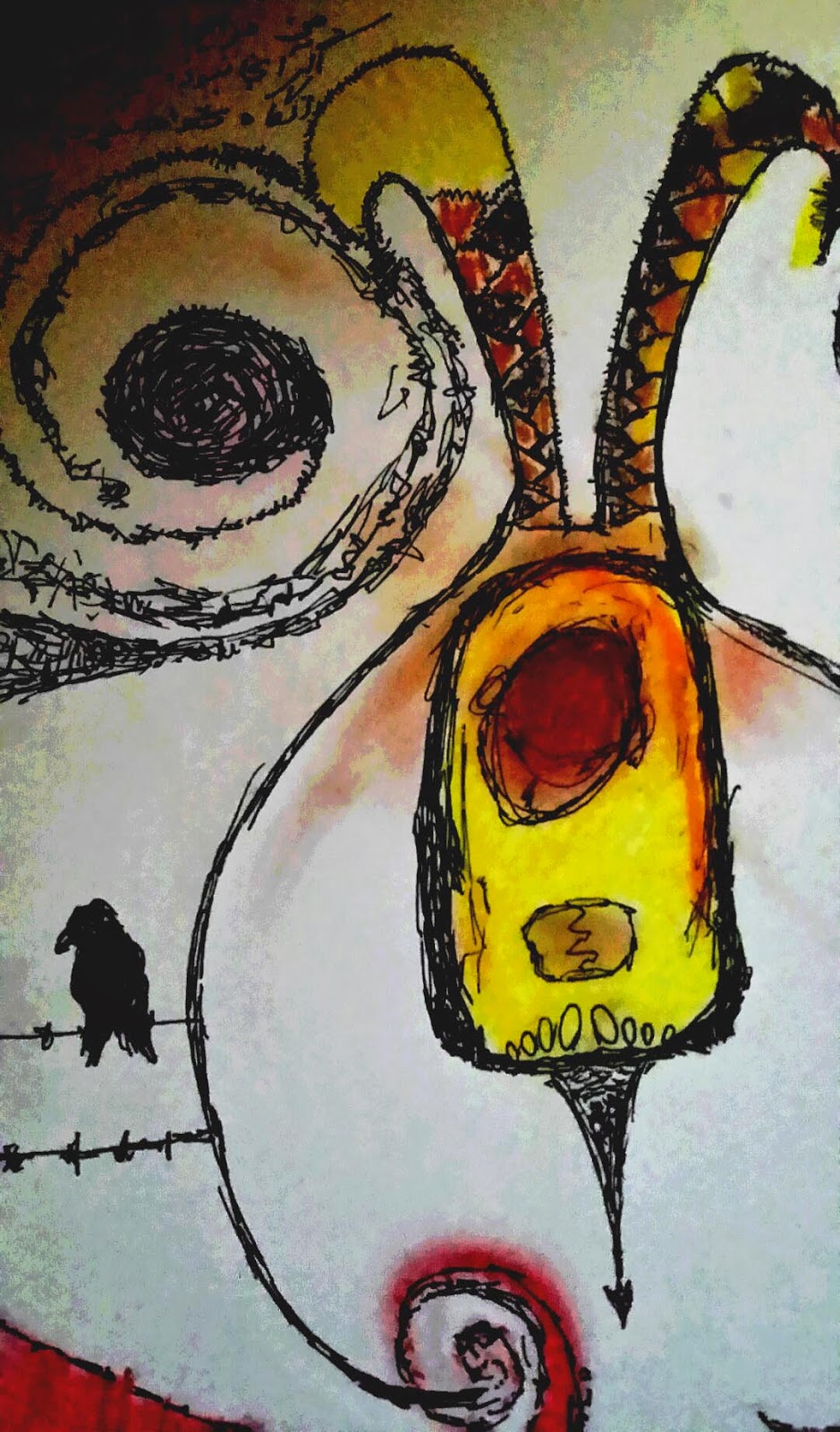 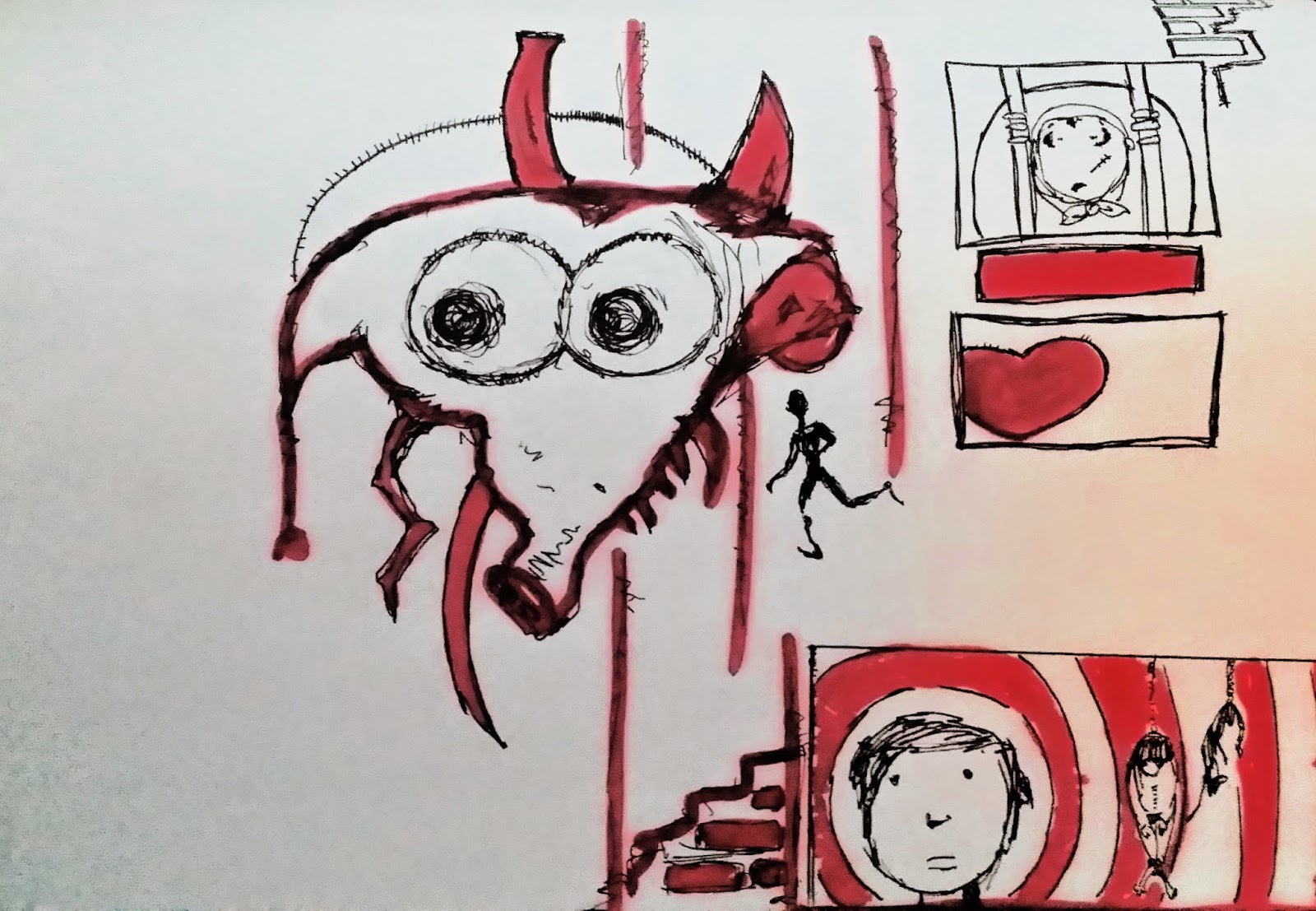 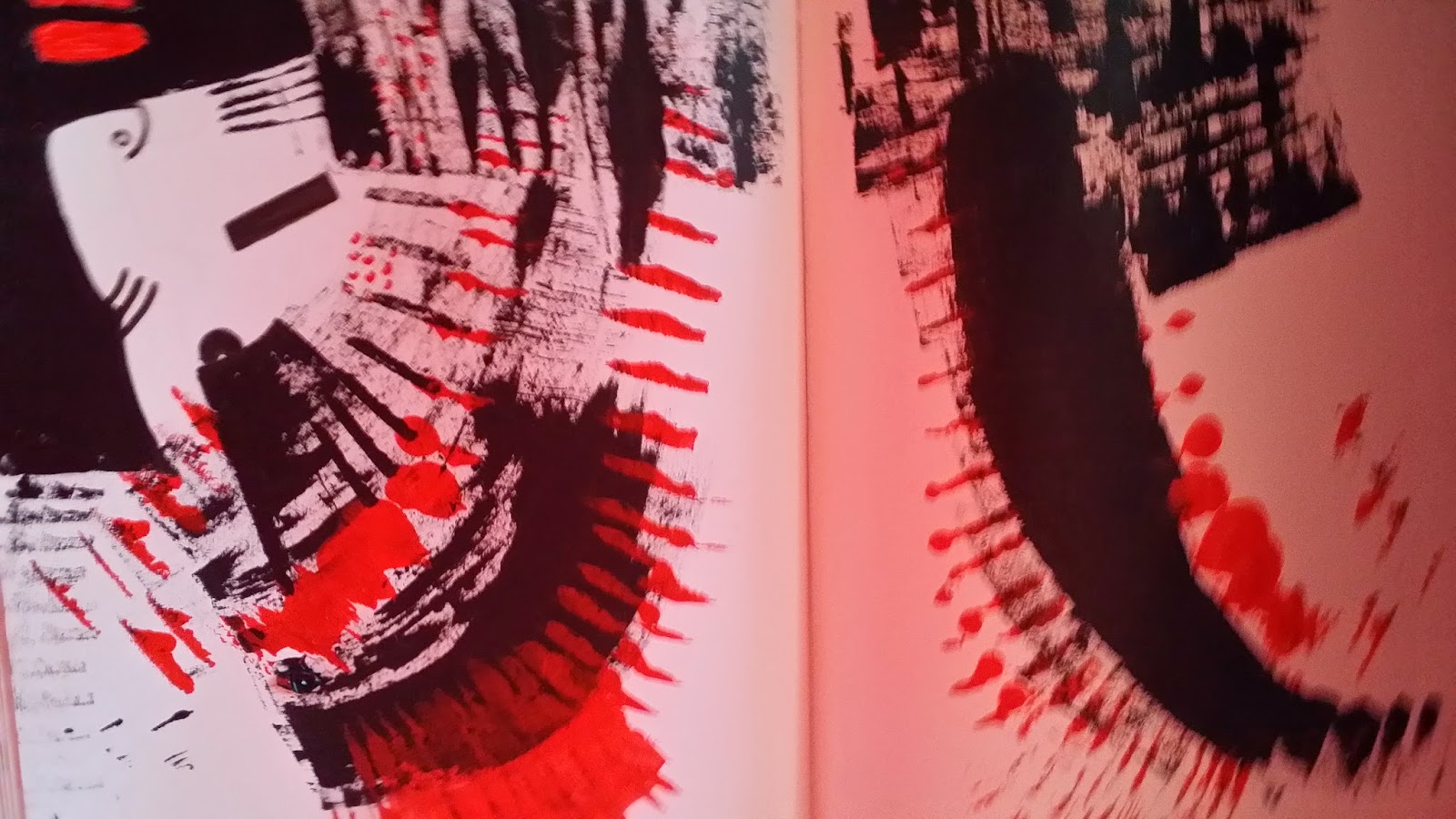 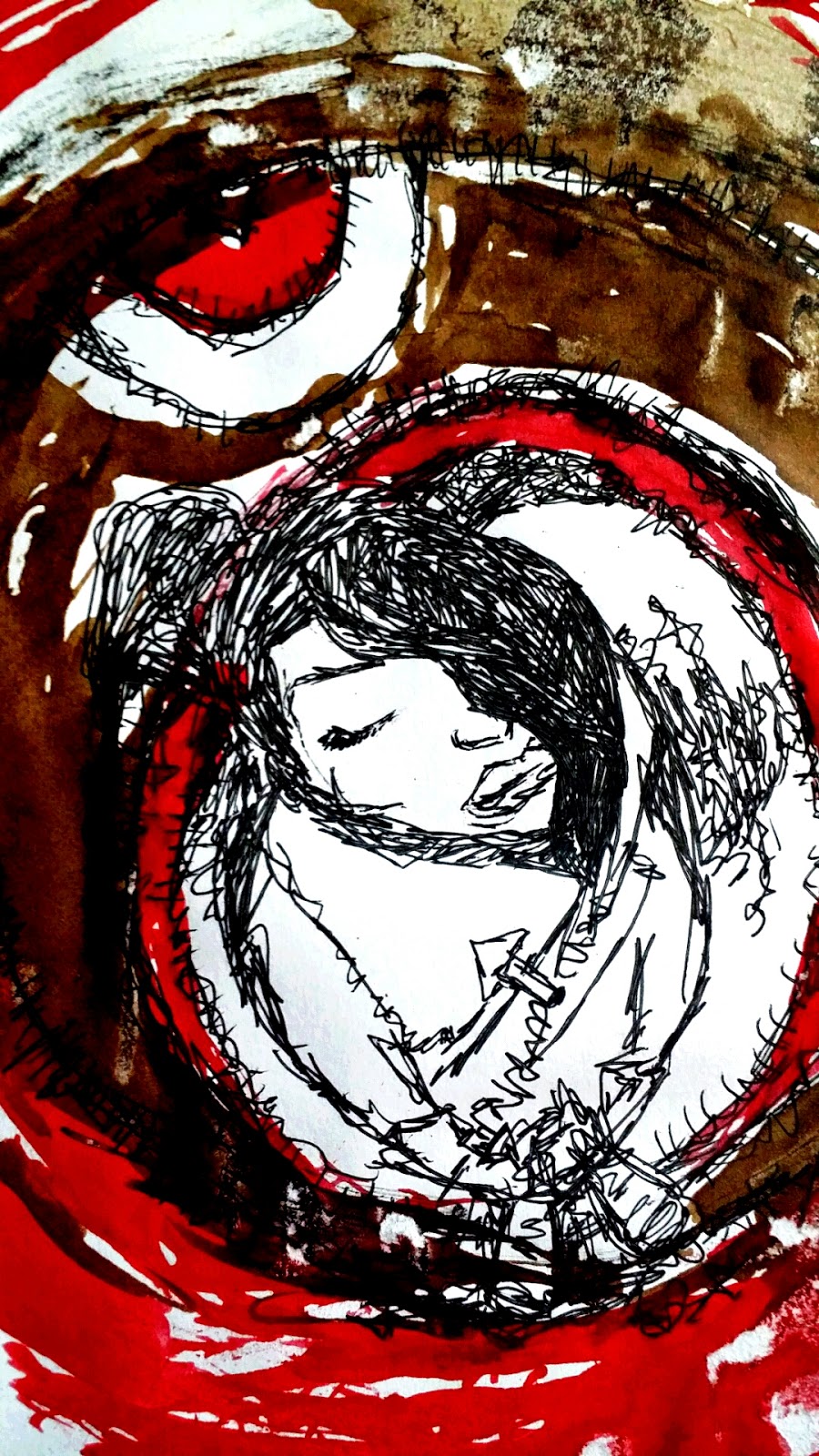 Enter below to win a copy of Moon at Nine!

***Stop by From A to Z tomorrow for the next stop on the SECRETS OF MOON AT NINE BLOG TOUR and another chance to win!***
Secrets of Moon at Nine Blog Tour Schedule:
April 28th: Buried in Books
April 29th: Candace’s Book Blog
April 30th: VVB32Reads
May 1st: Read Now Sleep Later
May 2nd: LiveToRead
May 5th: Loving the Language of Literacy
May 6th: AmithaKnight.com
May 7th: From A to Z
May 8th: Manga Maniac Café
May 9th: Bookish

About Moon at Nine:

Fifteen-year-old Farrin has many secrets. Although she goes to a school for gifted girls in Tehran, as the daughter of an aristocratic mother and wealthy father Farrin must keep a low profile. It is 1988; ever since the Shah was overthrown, the deeply conservative and religious government controls every facet of life in Iran. If the Revolutionary Guard finds out about her mother’s Bring Back the Shah activities, her family could be thrown in jail or worse.

The day she meets Sadira, Farrin’s life changes forever. Sadira is funny, wise and outgoing; the two girls become inseparable. But as their friendship deepens into romance, the relationship takes a dangerous turn. It is against the law to be a homosexual in Iran; the punishment is death. Despite their efforts to keep their love secret, the girls are discovered and arrested. Separated from Sadira, Farrin can only pray as she awaits execution. Will her family find a way to save them both?

About Deborah Ellis:
Deborah Ellis is the internationally acclaimed author of nearly thirty books for children and young people, most of which explore themes of social justice and courage. A peace activist, feminist, and humanitarian, Deborah has won many national and international awards for her books, including the Governor General’s Award, the Ruth Schwartz Award, the Vicky Metcalf Award, the American Library Association’s Notable List and the Jane Addams Children’s Book Award. In 2010, she received the Ontario Library Association President’s Award for Exceptional Achievement. Deborah lives in Ontario, Canada.
Monkey Poop Exclusive Book Giveaway

US/Canada only please. Enter using the rafflecopter below!

At each stop along the tour, readers will have a chance to enter the grand prize giveaway.

The Prize: One winner will receive (1) a set of 10 Deborah Ellis books, and (2) Pajama Press will make a $100 donation in their name to one of five charities: Canadian Women 4 Women in Afghanistan, UNICEF Canada, Street Kids International, Leprosy Mission – Canada, or IBBY – Children in Crisis Fund. (You can learn more about these charities at stop #2 on the tour.) The 10 books included in the prize pack are:


US/Canada only please. Enter using the rafflecopter below! Ends May 12th at 11:59 pm EST.