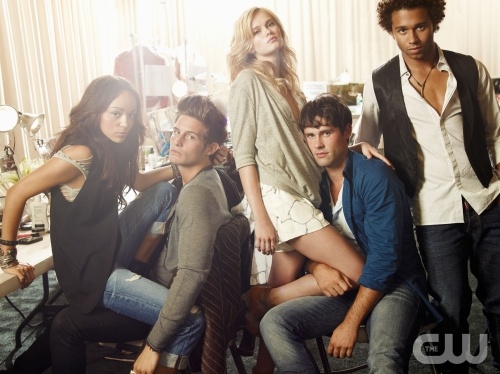 I finally got around to watching The Beautiful Life on CW and let me tell you, I was not disappointed. It’s a show about models in NYC and it’s everything you expect: sex, drugs, fashion, and gossip. Now that Gossip Girl has caught on like wildfire (and let me say, the season premiere was just as fabulous as ever) TBL will be the new guilty pleasure on CW.

The story centers around an up and coming model named Raina (played by Sara Paxton) who wants to make it big, but whose mysterious family is against her career and an Ohio farmboy named Chris (played by Ben Hollingsworth) who wants to earn money for his equally disapproving but cash-strapped family. Mix in a has-been model trying to fight her way back (played by Mischa Barton) and cut-throat agents (one of whom is played by Elle Macpherson) and you have the essence of TBL.

I don’t think this show is for everyone (again, see the title of this blog). I still can’t get over seeing girls looking so unhealthily skinny being portrayed as fabulous. But at the same time, It is a show about models, so they couldn’t very well cast normal-sized people (Hmmm…I foresee an eating disorder episode on the horizon). Also, some of the actors aren’t quite up to par, and a occasionally the plot twists that are meant to be racy/outrageous seems a bit over-the-top, but for me it looks like this will be an awesome show.