Next stop Kochi! We flew from Delhi to Kochi (also known as Cochin), a city on the southwest coast of India. I was amazed at how clean and modern the city was in comparison to many of the other cities we had seen. There were also lots of communist flags flying everywhere, which was very disconcerting. Apparently Kerala has a communist government.

We visited a palace just outside Kochi that was built up on a hill and was surrounded by a huge, beautiful garden.

Unfortunately, you couldn’t take photos inside, but here is a picture of the palace: 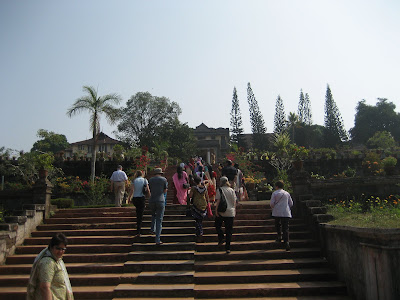 and a picture of the garden: 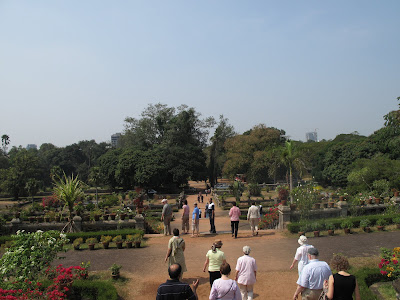 Here is a street scene in Kochi. Notice the Santa Claus billboard! 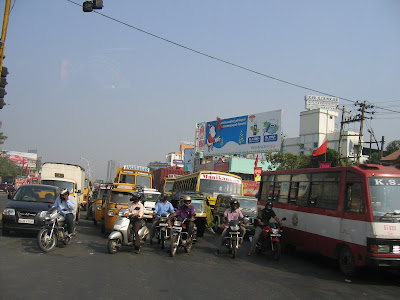